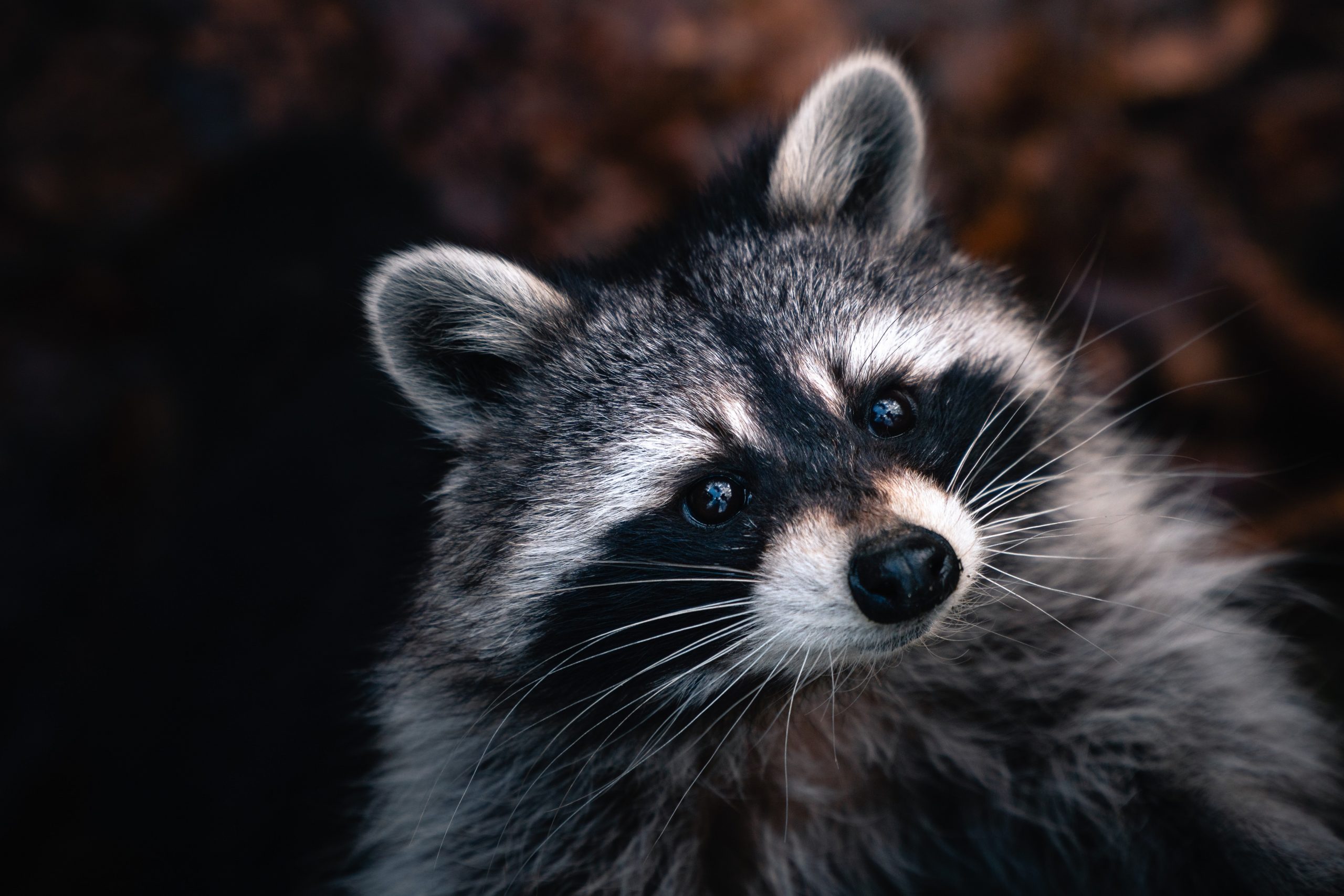 What is a raccoon?

Raccoons are a species of omnivorous mammal that can weigh up to 28 pounds, with fur that can be gray, brown, or black. They also have very remarkable physical characteristics, such as the dark coloration of the skin around the eyes. In turn, they also present an alternate coloration on their tail that resembles dark rings on their fur.

Their natural habitat forests, whether mixed or deciduous, they can usually be found next to streams, rivers, or any watercourse. However, they have adapted well to the urban environment, being able to feed on garbage or even pet food.

One of the main causes of the spread of these animals is that they lack large predators that keep their population reduced in addition to being a nocturnal animal.

Are raccoons safe to domesticate?

They are usually animals that tend to stay on the sidelines, just observing human life with curiosity, but, despite their distant attitude, when these animals are harassed by humans or predators, they can present a very aggressive and defensive attitude.

In addition, these animals cause an imbalance in the ecosystem that they are found since they are very intelligent and capable of hunting. They also have the habit of predating nests that are unprotected. In other words, they can be a bit difficult to handle in the wrong hands.

Can you have a raccoon as a pet?

First, it is important to establish certain extremely important considerations, for example, the character of a raccoon is very different from that of other domestic animals such as a dog or a cat, because, even if it is raised domestically, it will still have its genes wild, this makes tame it not an easy task, especially if they are grown since the attitude of these animals varies a lot according to their age.

However, while these factors make it a challenge to keep them as pets, this is not an impossible task.

Also, what’s very important when it comes to raising a raccoon is to understand the fact that they are curious and intelligent animals that may often find themselves exhibiting behaviors that we can consider negative, thanks to this curiosity.

However, we should not under any circumstances use negative reinforcement to try to correct or punish this, but rather positive reinforcement to encourage good behavior. Thanks to its intelligence, we have the ability to teach them routines, touches, and even to capture some commands as a domestic animal would, of course, presenting some limitations thanks to its wild nature.

The best thing is that if we want to have a pet raccoon, we welcome it as a child, and even when it comes to teaching and raising it with good behavior, we leave it in the hands of a professional in the field because if we do it ourselves and it goes wrong, it can result in a big mess.

Caring for a pet raccoon

Thanks to their nature, raccoons have very specific and delicate cares that make them not suitable to be raised in any environment.

In the first place, since the natural habitat of these small animals is the forest, it is obvious that we cannot keep it in an environment like an apartment in the city, but we need to have a wide-open space like a garden, and, in addition to, Therefore, the raccoon will require its own space, and this could be a large cage in the garden.

During the day, it is necessary that we let the raccoon roam free in the garden; it is much better for its development if it has a tree so that it can climb. Yes, these activities should be done under surveillance so that it does not hurt itself or run away.

These animals should spend as much time as possible on the loose. It is not at all advisable to keep them locked up or chained since it can generate a lot of mistrust and can result in them feeling threatened and try to attack and escape.

When it comes to food, since raccoons are omnivorous animals, they must have a complete diet to keep them healthy. A mixture of fruits, vegetables, and chicken can be ideal. It is advisable to avoid giving them red meat to eat.

When they go to consume their food, raccoons have a habit of soaking their food before consuming it, so it is good to keep a small container of water near their food so that you can do so. Although their metabolism allows them to eat a wide variety of food, we must still be careful with what we feed it to avoid any disease or weight problems like obesity.

In hygiene matters, raccoons do not require very extensive care, they only require a bath every couple of months, and after about a year, they usually take care of their hygiene alone. However, raccoons sometimes naturally give off a very strong and unpleasant smell, so we must take this into account when we want to spend a lot of time with our furry friend.

These also change their hair once a year. During this period, we must be very careful when brushing them, delicately using a wire brush to avoid stress and damage.

Precautions of a pet raccoon

Raccoons are curious animals by nature, and that only means one thing, they are hopelessly mischievous. When you want to have it as a pet, this translates into wanting to explore every corner of our house thoroughly. And not only do they stop at exploration, but if an object catches their attention, you will have to be very careful as they will be able to bite, scratch and even climb just to satisfy their curiosity.

We must take care of our pet raccoon as time goes by, as they can be quite harmless and playful when they are little, but, as they grow, especially when they reach adulthood, their natural wild instincts begin to They flourish and can become very aggressive if they feel threatened, even using nails and teeth to defend themselves if they consider themselves in danger.

Precautions with a pet like this go much further than just their behavior. For example, it is vital that these animals are thoroughly vaccinated against rabies without missing a single vaccine. Another consideration in this regard is that there is a parasite called “Baylisascaris procyonis” that is typical of this species, it is important to keep our raccoon protected from it.

Even when feeding it, we must be careful because if we overdo their diet, our little friend may develop obesity and may even end up in hip dysplasia, so we must offer them a balanced and carefully planned diet and check it regularly at the veterinarian as we would do it with any other pet.